There can’t be a driver alive who hasn’t, at some point, belted out their favourite driving song over their car audio while taking a road trip. Music is such a major part of the driving experience, that music apps and streaming tools like Spotify are filled with a vast number of playlists that people have created to perfectly accompany them on their car journeys.

So whether you’re heading out on the highway for your annual staycation, on the road to nowhere or driving home for Christmas we wanted to discover the most popular songs and artists that make up the ultimate road trip soundtrack.

We analysed over 300,000 songs from Spotify playlists that included terms like ‘car’, ‘driving’ and ‘road trip’ to see which songs were coming up tops, and these are the results[1].

To help soundtrack your next drive, we also created specially curated playlists from our findings, so you can easily subscribe and listen to the most popular road trip tracks for your next journey. 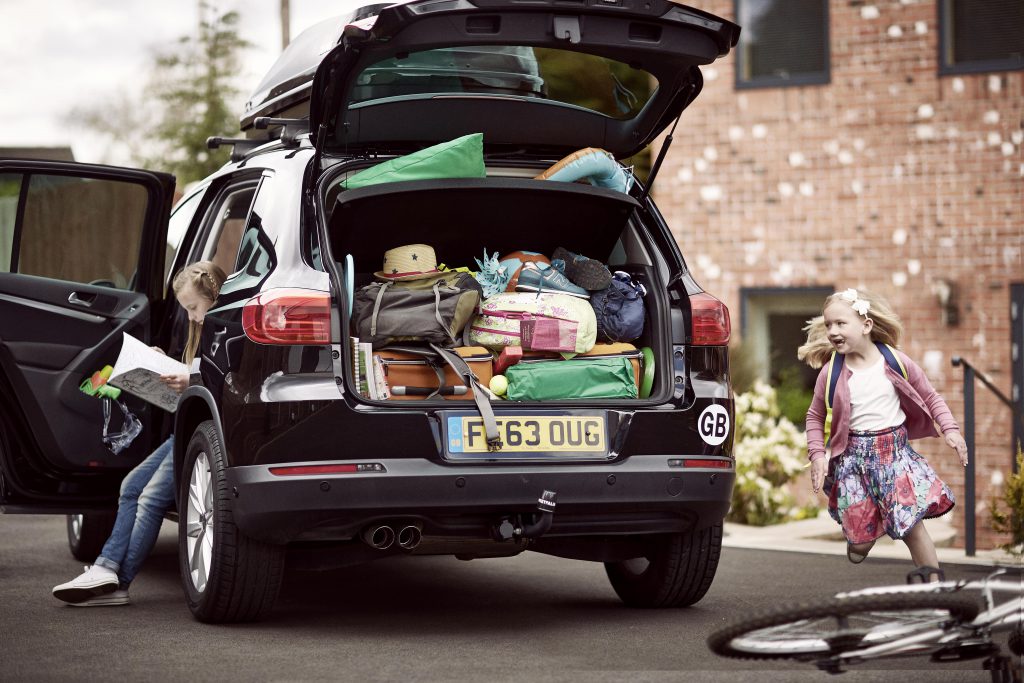 It’s no surprise at all that some of the songs people listen to most in the car are absolute classic rock tracks and every tune is a singalong treat. Winning track Sweet Home Alabama by Lynyrd Skynryd, Journey’s Don’t Stop Believing, Hotel California by Eagles, Toto’s Africa and Livin’ On A Prayer by Bon Jovi were all originally released in the 70s or 80s and, as our research shows, are still just as popular now for drivers hitting the road. In fact, the most modern songs in our top 10 were Hey, Soul Sister by Train and Party In The USA by Miley Cyrus, both of which were released way back in 2009, showing that we all must crave a little nostalgia when it comes to choosing the perfect road trip soundtrack.

Most Listened To Artists In The Car

Popular choices were a lot more modern when it came to the most popular artists for driving playlists, although Queen and The Beatles still made it into the top 10. Post Malone was the most common artist (his track Circles was the 34th most popular song choice and five of his songs appeared in the top 100), closely followed by Drake. The only British artists to make the cut are Queen, Ed Sheeran and The Beatles, at 4th, 5th and 8th respectively, and it seems drivers prefer male artists whilst behind the wheel, as Rihanna was the only female to make the top 10.

Most popular Disney songs for driving

Our research showed that songs from Disney movies were extremely popular for car playlists, perfectly ticking the box of being family-friendly, great for singing along to and nicely nostalgic for both adult and younger fans. Disney’s top 10 car songs are a mixture of tunes from Disney Classic movies and more recent releases. How Far I’ll Go from Moana hit the top spot, and with it’s rousing chorus and topical theme, it’s no surprise it’s so popular for road trips. Meanwhile cheerful tunes Hakuna Matata from The Lion King and Under The Sea from The Little Mermaid made up the rest of the top 3. As Moana, The Lion King and The Little Mermaid each feature twice in the top 10, we can safely say these are the most popular soundtracks for road trips.

Most Listened To Songs From Musicals In The Car

And it’s not just animated movies that have popular tracks for car journeys – soundtracks from musicals also featured in a range of driving playlists, with songs from Hamilton proving a clear favourite. While Waving Through A Window from Dear Evan Hansen took the top and 3rd spot, all other tracks in the top 10 driving hits from musicals were from Lin Manuel Miranda’s award-winning, historic, hip-hop hit.

The perfect playlists isn’t the only way to make sure you’re driving-ready – make sure you have everything you need for your next road trip by checking out our motoring products and services. We’d love to find out your ultimate road trip playlist.

[1] Methodology: All results are based on Spotify data correct as of 6th July 2020. Most popular artists and songs were calculated by scraping the song data of playlists containing the words ‘car’, ‘driving’ and ‘road trip’. For Disney data, playlists contained the words ‘Disney driving’, ‘Disney for the car’, ‘Disney road trip’ and ‘Disney roadtrip’. For Musicals, playlists included ‘musical + driving’, ‘musical road trip’, ‘musical roadtrip’ and ‘musicals + driving’.