From ABS to ZEV, the world of motoring has its fair share of acronyms, buzz words and jargon. In this article we’re going to take a closer look at some of the most common terms and break down what they really mean.

A-pillar: The two vertical struts that frame your windscreen and provide support. They can house side airbags.

ABS (antilock braking system): An automatic system within your car that stops your wheels from locking during an emergency brake. Your ABS will also help to improve steering and minimise stopping distances.

ACC (adaptive cruise control): An automated system that manages the speed of your car and adjusts it based on the traffic around you. The system monitors the surrounding traffic and will automatically decrease or increase your speed as appropriate.

Alternator: A generator that converts mechanical energy from the engine into electrical energy, distributes this energy to your car and recharges your battery. An alternator is an integral part of the operation of a combustion engine.

A/T (automatic transmission): A multi-speed transmission used in many cars that doesn’t require the driver to change the forward gears. It shifts through the gears automatically, which means the car has no need for a manual clutch and gearstick.

Autonomous: To take control of a system that’s normally operated by the user or driver.

Aux: A shortened form of ‘auxiliary’. In cars, this usually refers to an input jack where you can connect phones, tablets and other devices to a car’s audio system.

B-pillar: The two vertical struts in the middle of your car that help to support the roof.

BHP (brake horsepower): The unit measurement of an engine’s power output, after any frictional losses occur. Generally, the higher a car’s BHP the higher its top speed and faster its acceleration level. 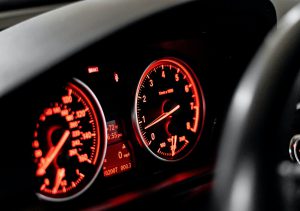 C-pillar: The two vertical struts that frame your rear window and provide support (on saloons and coupes).

Chassis: The load-bearing part of your car’s frame, which supports and connects all the important parts of the car. ‘Chassis’ and ‘frame’ will sometimes be used interchangeably.

Connected: The process where a vehicle communicates with external systems such as the user’s mobile phone.

Coupe: A two-door car with a fixed roof. This type of car often has a low roof and a sporty look, with limited space for rear passengers.

Dampers: Part of a car’s suspension system that help to mitigate the impact of the car rising and falling.

Differential: A set of gears that transmits engine power to a car’s wheels, which allows them to rotate at different speeds during turns.

E-REV (extended-range electric vehicle): A type of vehicle that uses an electric motor, but is also able to use an internal combustion engine to generate power and keep a minimum level of charge in the car’s battery. E-REVs have been largely developed to counteract ‘range anxiety’.

EPS (electric power steering): A regular part of modern cars, this system makes it easier for drivers to turn the steering wheel and offers variable rates of resistance.

ESC (electronic stability control): A system that applies the brake to a particular wheel if high slip angles are detected. It helps to combat understeer and oversteer, as well as improve safety.

Estate: A car that includes a large boot or extended space behind the rear seats.

EV (electric vehicle): A vehicle that uses electricity either to support a combustion engine drivetrain or solely to power the drivetrain.

FWD (front wheel drive): Where engine power is only applied to the front wheels of a car.

Gross weight: The total weight of a vehicle, plus the maximum load that it can safely carry (including people and luggage).

Hatchback: A car with a boot door that covers a large section of its rear.

HP (horsepower): The unit measurement of an engine’s power output, before any frictional losses occur.

HPI check: A vehicle check provided by HPI Ltd that examines the history of any motor vehicle registered in the UK including cars, vans and motorbikes.

Hybrid: A vehicle that’s powered by both a petrol engine and an electric motor.

ICE (internal combustion engine): An engine that uses the process of releasing energy from a fuel and air mixture and converts it into mechanical force.

Immobiliser: An electric safety device that can be fitted to your car to prevent the engine from turning on unless the correct car key is used. They can also be mechanical in preventing the steering wheel from being turned.

ISOFIX: A market-leading car seat safety system that’s built around rigid connection points rather than a seatbelt. The ISOFIX system drastically decreases the risk of wrongly fitted seats and reduces the chances of your child being hurt in the event of an accident. 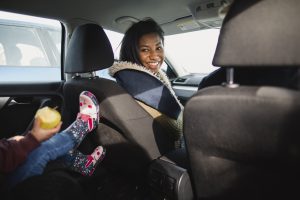 Jacked-up: When the suspension of a vehicle has been altered to raise the vehicle higher off the ground.

Kerb weight: The total weight of a vehicle, excluding any load it’s carrying.

KPH (kilometres per hour): How many kilometres a car can travel at a regular speed within 60 minutes.

MaaS (Mobility as a Service): Enables users to plan, book and pay for multiple types of mobility services such as cars, bikes and scooters.

Milometer: A device that measures the number of miles your vehicle has travelled. Also known as the ‘odometer’.

Modifications: Any changes that have been made to your car that mean it’s no longer in its original factory state.

MPG (miles per gallon): The number of miles a car can travel per gallon of fuel it uses, which can vary depending on the driving conditions.

MPH (miles per hour): How many miles a car can travel at a regular speed within 60 minutes.

Odometer: A device that measures the number of miles your vehicle has travelled. Also known as the ‘milometer’.

Oversteer: When a car’s rear wheels lose their grip while cornering, potentially leading to a tail-out slide. 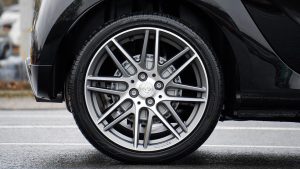 PCH (personal contract hire): A form of leasing for individuals that lets you use a car for 1-4 years in return for fixed monthly payments. The car is returned at the end of the rental period.

PCP (personal contract purchase): A form of leasing for individuals where you make monthly payments that cover the depreciation of the car (the difference between what the car is worth at the start of the lease and its expected value at the end). At the end of the rental period, you can either make a final payment to buy the car, return the car or part-exchange the car for a new one.

PHEV (plug-in hybrid electric vehicle): A type of electric vehicle that has a larger on-board propulsion battery that provides greater range. This battery can be plugged into an electrical supply and charged.

Range: The distance a vehicle can travel before it needs to be recharged or refuelled.

RWD (rear wheel drive): Where engine power is only applied to the rear wheels of a car.

Saloon: A car that traditionally seats four or more people, has a fixed roof and has a small boot that’s separated from the rear seats. Saloon cars can come with two or four doors.

Shock absorbers: Part of a car’s suspension system that help to mitigate the impact of the car rising and falling. Also known as ‘springs’.

SORN (Statutory Off-Road Notification): When you inform the DVLA that you’re no longer planning to use a vehicle on the roads. In return, you’ll no longer be required to pay vehicle tax and will also no longer be legally required to insure the vehicle.

Supercharger – internal combustion engine: An air compressor that increases the pressure of the air that’s being supplied to a vehicle’s engine. This provides the engine with more oxygen, allowing it to increase its power output and therefore the vehicle’s speed. 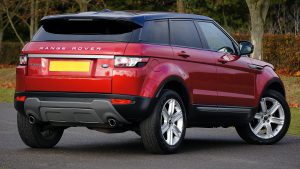 Torque: An engine’s rotational force. This twisting force is what drives the wheels and tyres of a vehicle and propels it forwards. Torque is commonly measured in Newton metres (NM).

Traction control: An electronic system (and safety feature) that reduces wheelspin. The system uses sensors to detect when one wheel is spinning significantly more than the others and takes action to reduce engine power until the wheel slip has been resolved.

Transmission: A type of gearbox that’s fitted in a vehicle, which will be either manual, automatic or semi-automatic.

Understeer: When the front tyres begin to slip during a corner and the vehicle doesn’t turn to the angle requested by the steering wheel.

VIN (vehicle identification number): A unique number that’s given to a vehicle during the manufacturing process. This number is then used to identify that particular vehicle throughout its lifespan.

ZEV (zero emission vehicles): A vehicle that does not produce any emissions when in use.

And that concludes our A to Z of motoring jargon! Head on over to Halfords.com for more top motoring guidance and advice, as well as the must-have motoring products.