When you think of the best motorcycle routes, your mind probably wanders to far-off places with epic mountain passes and sun-soaked coastal roads.

The UK’s answer to Route 66, the North Coast 500 is arguably the UK’s most iconic road. Starting in Inverness, it cuts across the Highlands to the west coast of Scotland before following the coast all the way back round to Inverness.

Throughout the route, you’ll be treated to spectacular scenery, challenging roads, and great facilities. There are plenty of opportunities to take your own detours and explore further afield too.

You’ve probably guessed it, but the route is 500 miles long, so it’s not a single day trip. But we promise you it’s worthy of a week-long adventure, as you’ll be riding through some of the best landscapes in the world.

It’s no surprise that the Lake District is the UK’s most popular national park. Walkers, campers and cyclists alike flock to its epic mountain peaks and stunning lakes for adventures. And it’s also home to some of the best motorcycle routes in the UK.

Our favourite is this less-travelled route from Keswick to Cockermouth. Avoiding the busy A roads, it starts by circumnavigating Derwent water before climbing up Honister Pass. After admiring the breathtaking views from the top, the route descends to the lakes of Buttermere and Crummock Water before heading back north towards Cockermouth.

The Lake District is never short of a dramatic view, so you’ll probably find yourself stopping regularly to absorb your unforgettable surroundings.

The Cat and Fiddle, England

Despite only being 11.5 miles long, the A537 from Buxton to Macclesfield (commonly known as the Cat and Fiddle Road), has become an iconic route for UK motorcyclists.

Attracting riders from all over the country, the road cuts through the Peak District national park, so you’re guaranteed stunning views. It’s also a great riding road with lots of windy bends and rolling tarmac.

The road gets its name from the Cat and Fiddle Inn, the second highest public house in the country, and it’s well worth stopping off for a cuppa before continuing on your epic adventure.

County Antrim’s coastline is known worldwide for the Giant’s Causeway. It’s also home to picturesque villages and rolling coast roads that are the perfect backdrop for a motorcycling adventure.

Hugging the Northern Irish coastline, this route winds itself through glens and at times has that awe-inspiring end-of-the-world feel.

There are plenty of places to stop off en route and as it’s relatively short, you could even do it in both directions in a single day.

And don’t forget to leave plenty of time to explore the Giant’s Causeway.

Picking the best motorcycle route in Wales is difficult because there are so many to choose from. However, we think the Black Mountain Pass edges it.

Linking Llandovery and Gwaun-Cae-Gurwen in the Brecon Beacons national park, the road rivals any rollercoaster. It twists and turns its way up and down big climbs, and at points you can see the road stretching out for miles ahead. And with plenty of laybys, you’ll have lots of opportunities to stop and admire the magical mountain views.

Widely regarded as the best road in Wales, the Black Mountain Pass is definitely worth riding.

Preparing for your trip

Whichever routes you add to your must-ride list, make sure you’re prepared for your epic adventure with all the must-have accessories and technology.

For a start, you don’t want to get lost. So pre-plan your route and use a dependable GPS system like the Garmin Zumo XT Motorbike Sat Nav. Built for adventure, the Zumo’s 5.5” display provides turn-by-turn navigation for on-road routes and can even guide you off road with topographical and BirdsEye satellite imagery. 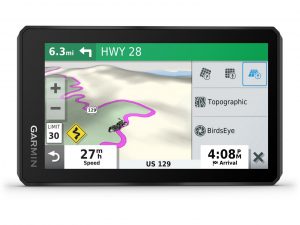 Safety is also important and you should never ride without a helmet. Here at Halfords, we have a wide range of Shark helmets that will keep you protected while making you look the part too.

And, finally, don’t let a maintenance issue ruin your ride (although there are worse places to breakdown than on these routes!). From Digital Tyre Pressure Gauges to maintenance essentials, we have everything you need to keep your motorcycle on the road over at Halfords.com.

With the warmest months still to come, now’s the perfect time to plan a ride to one of these routes. And don’t forget, you can find all the motorcycling accessories, clothing and technology you need in preparation over at Halfords.com.